Are you still thinking of Fiji as a remote and hard to reach destination? If yes, it’s time to stop. Getting to Fiji is easier than ever and for many people starting in the United States and Canada, is a closer destination than Australia or New Zealand. There are now more than 35 international flights into Fiji’s biggest airport, Nadi International Airport, each day. In the course of a year, these flights will bring approximately 1.2 million visitors to the islands. 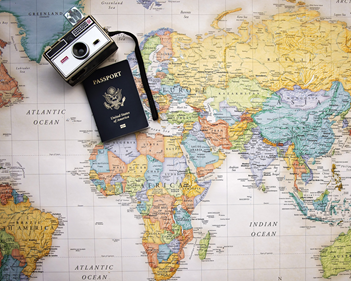 If you are connecting or leaving from Canada, your flight options are all one layover, either in Los Angeles or Honolulu from Vancouver, Calgary, Toronto, Edmonton, or Montreal. It’s possible when choosing these Canadian itineraries that your first flight will be operated by Air Canada or another partner airline, but most flights into Fiji are again on Fiji Airways.

Many people don’t spend their entire Fiji vacation on a single island, after all there are hundreds to explore! Luckily, there are plentiful options to island hop around the country, with flights being the easiest and most common way to travel from place-to-place.

From Nadi or Nausori International Airports, you can take a Fiji Airways or Northern Air, the domestic carrier to a Vanua Levu or Taveuni. Both of these bigger islands have airports, with several carriers providing flights each week, and the flight times are very short. You can be on a completely different island within a couple hours of arriving at Nadi International.

An alternative to the commercial airlines is a charter plane. When traveling from Viti Levu to either Taveuni, Vanua Levu, or a smaller island you are likely taking one of two charter companies – Island Hoppers or Pacific island air. These flights are usually more expensive than hopping on a commercial route, but they provide significantly more ease and convenience. If you are traveling with a group, then chartering a flight might be cheaper than booking separate commercial tickets.

The remaining option for island hopping is a ferry between the different islands. This is certainly your best choice if heading to a nearby destination, for example getting from Viti Levu to the Mamanuca Islands. However, when you start journeying for a couple hours, this journey becomes arduous. The facilities aboard the ferries are basic and the boats can be crowded, depending on the day and time of year. In terms of time, safety, and comfort, you are better off on a flight.

Fiji is a great destination anytime of year. However, the high season ranges from May to September, as these are the driest months of the year. In contrast, the warmer and wetter months of January, February, and March still see visitors to the islands. This is when the waterfalls are powerful, the jungle is at its greenest and it’s the warmest.

The temperature in Fiji remains relatively consistent from one month to the next and it is almost always pleasant throughout the day. The warmest month of the year is January, when the average temperature during the day is 79ºF. The coldest month is July with an average 73ºF. Given the narrow margin from the hottest to coldest months of the year, temperature is very unlikely to influence when you visit Fiji. At anytime you’ll have the opportunity to swim, snorkel, sunbathe, and hike.

Precipitation may determine when you come to Fiji. From November to April, Fiji does receive more rain. Across the archipelago, this time of year is prone to frequent and short rainstorms. Sometimes these storms can be very powerful and quickly dump a lot of water on a particular island.

Over years of living in Fiji, we’ve found that visiting during the rainy season is very unlikely to ruin your vacation. While you could experience more rain during the low season, you will also enjoy fewer tourists and lower prices. Plus, the consistency and dependability of these “wet” and “dry” seasons is changing. A good compromise is always the shoulder months, from September to November and then April through May, when there is less rain and fewer people. 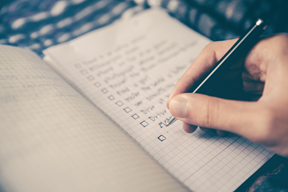 Packing for Fiji is pretty straightforward. Even if you stay at a luxury resort, the environment will be relaxed and tropical. You’ll spend most of the trip in your bathing suit, flip flops, and cover up. The other things you want to throw in your bag:

A top tip from our team at Raiwasa Private Resort is to aim for packing in a carry on. This is a particularly important recommendation if you plan to island hop during your trip, as it is annoying and difficult to load and unload a massive suitcase during this process. The last thing you want to do is find yourself dragging a behemoth across the sand like a total tourist as you disembark from a ferry or charter plane.