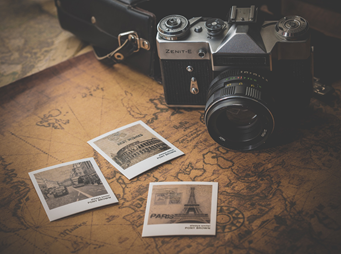 The magic of Fiji today is inexplicably and definitely wrapped up with the earliest history of the Fijian islands. Before there were European explorers and colonialism found in Fiji, there were stories, myths, and legends. These folk tales centered, naturally, around the power the ocean and Fiji’s intense natural beauty. Even then, before these myths were written down, it was obvious that Fiji’s landscape was a natural wonder that must be discussed and described.

The myths claim that human existence on Fiji first began when a great leader in ancient times ferried his people across the expansive ocean, as far as they could possibly travel, and landed on Fiji. It was there they found paradise and stayed. In actuality, the first humans in Fiji probably arrived in a similar manner.

Whether they were fleeing, searching for food, or exploring, it is believed the first humans in Fiji were Melanesian. According to archeological findings, these people inhabited Fiji 3,500 years ago. It wouldn’t be until 1643 when the first European landed in Fiji. By this time, the Melanesian, Austronesians, and some Polynesians had developed their own customs, religion, and traditions. These concepts were deeply rooted and many are still part of Fijian culture today.

The first known European explorer to reach the Fijian Islands was Abel Tasman. This Dutch sailor was similarly famous for exploring Australia, New Zealand, and Hawaii. His ship landed on the islands of Vanua Levu and Taveuni in 1643. However, it would be the English explorer, James Cook, who would stake a claim to the Fijian Islands for his country.

Fiji came under the English empire in 1874, after conflicts between tribal leaders, settlers, and missionaries became a major concern for England. It was in this year that the English convinced one of Fiji’s most powerful leaders, Cakobau to make the territory a Crown Colony. Fiji would remain part of England long past independence for the United States of America, India, and Australia. It became an independent country on October 10, 1974.

Following Fiji’s independence there were several periods of unrest and political dispute. However, these years from 1974 to 2000 were also a time for expansion of Fiji’s tourism and travel. In terms of development of the brand new country and travel to Fiji, these were important years. 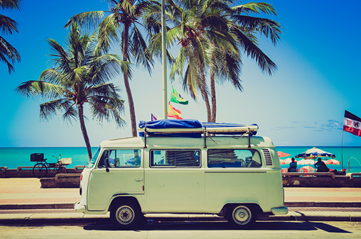 After the early explorers, the initial outsiders to visit Fiji were shipwrecked sailors and convicts en route to Australia. These unlikely, and very much unwanted visitors, were an odd compliment to the missionaries and priests that began to arrive just a few years later.

Christianity found a strong foothold in Fiji, with many villages converting entirely and certain influential leaders in the country joining this introduced religion. And while the priests, nuns, and religious leaders came for a very different purpose than today’s visitors and tourists, it is likely they were similarly wowed by Fiji’s natural beauty and kind culture because many of them stayed longer than intended.

Fiji’s Christian churches also found a permanent home. Influenced by Indians, Malaysians, Indonesians, and Bangladeshi, there are several religions practiced across the islands, but Christianity is the most common.

The next visitors to arrive in Fiji were merchants and business owners. The English government convinced the Australian Colonial Sugar Refining Company to start operations in Fiji. This business brought a large number of Indians to the islands and the first true industry beyond localized barter and trade. The impact would be long lasting with descendants of the original workers at the Australian Colonial Sugar Refining Company making up 44% of Fiji’s population today.

It wasn’t until after Fiji’s independence that anyone considered the islands a tourist destination, and it didn’t truly become a hotspot for Australians, New Zealanders, Americans, and Canadians until after the many conflicts came to an end in 2000. In that year, 300,000 people visited Fiji on vacation.

In 2017, there were a record 76,598 visitors to Fiji just in the month of June. This increase in tourism over a period of just 17 years is met with economic excitement, development of new properties and amenities in Fiji, and the push to expand where and how visitors reach the islands.